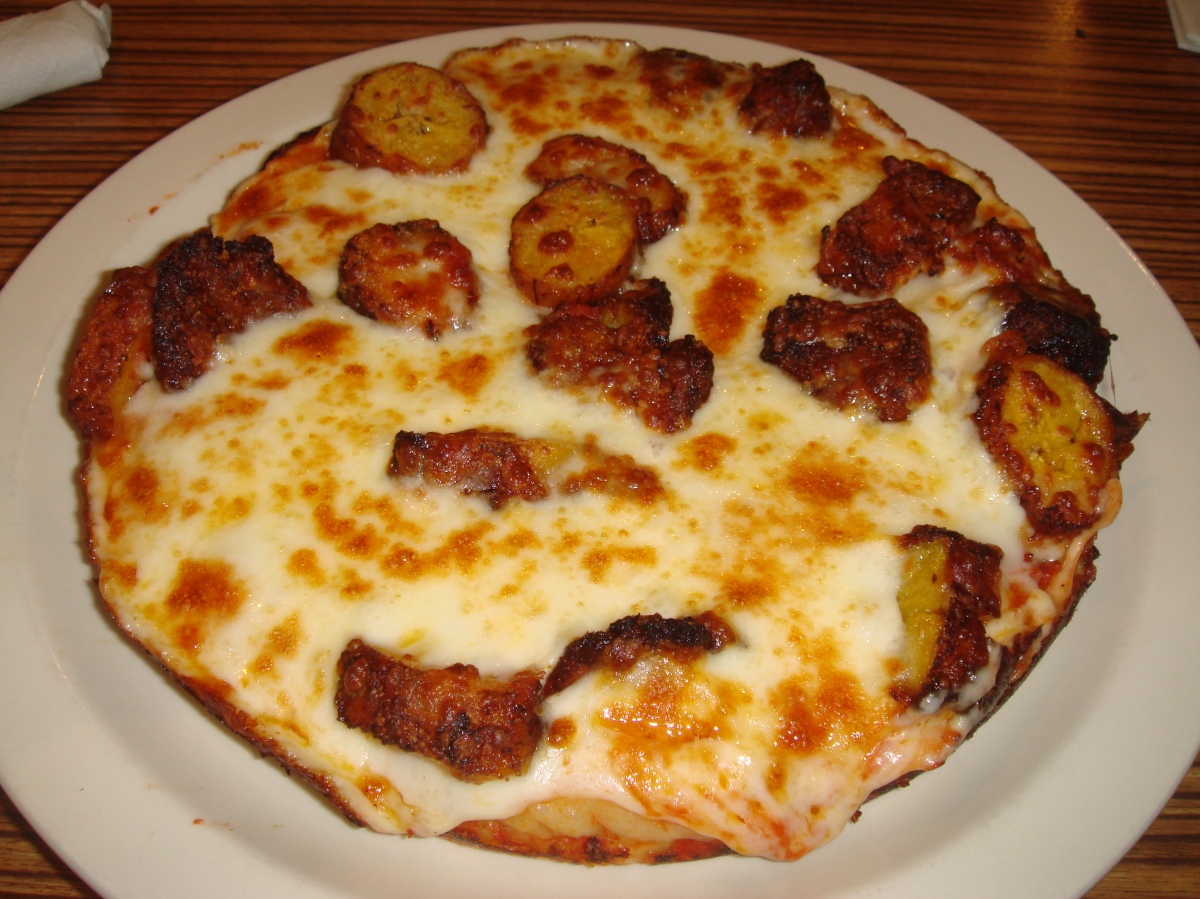 The last day I ate a meal in an actual restaurant was March 7th.  I was hanging out with my best friend in Miami on my first trip down in over two years, and we made the most of that pre-pandemic day by eating at FOUR restaurants.  We started our morning with cafes con leche and Miami’s best croquetas de jamon at Islas Canarias in West Kendall, but then the real challenge began.  From there, we made our way to Polo Norte (https://polonorterestaurant.com/), a Cuban restaurant with five locations around South Florida, to sample Cuban pizza and Cuban burgers called fritas.

Feeling invincible, with a long day ahead of us, we started with a half-order of garlic rolls, or pan de ajo ($1.85):

This was a personal pizza con chorizo ($7.95), with finely diced sausage baked under the cheese.  The cheese was appropriately melty, the dough was pretty soft with the expected crispy bottom, and the chorizo was salty.  Funny enough, it didn’t remind me of Mexican-style chorizo, red and crumbly and and perfect with eggs in breakfast tacos and burritos, nor Spanish-style chorizo, dry, rich, and spicy, like salami meant for the most special of occasions.  This chorizo was salty above all else, and the entire pizza was pretty greasy.

We shared that, and we also shared this personal pizza con maduros ($7.95)!  Yesssss, since Polo Norte is a Cuban pizza joint, you can get sweet, ripe, fried plantains on your pizza.  Maduros are a top ten favorite food of mine in any form.

These Cuban pizzas were okay.  Even though my life was more complete, it wasn’t necessarily changed for the better.  I’m so glad I tried them, after growing up in Miami and not even knowing these existed for my first few decades, but there are certainly better regional pizza styles to seek out, even when you’re in Miami.  (I’m a Sicilian pizza fanboy to this day, after so many slices from Cozzoli’s in the Dadeland Mall food court, growing up in Kendall in the ’80s.)

But while we were at Polo Norte, already the second stop on our day of gorging ourselves around Miami, we each had to get a frita con queso ($3.95 each), a Cuban-style cheeseburger that is famous around Miami and virtually unknown elsewhere.  Not only did my best friend and I have our first Cuban pizza experience at Polo Norte, despite growing up in the 305, this was also my first-ever frita. 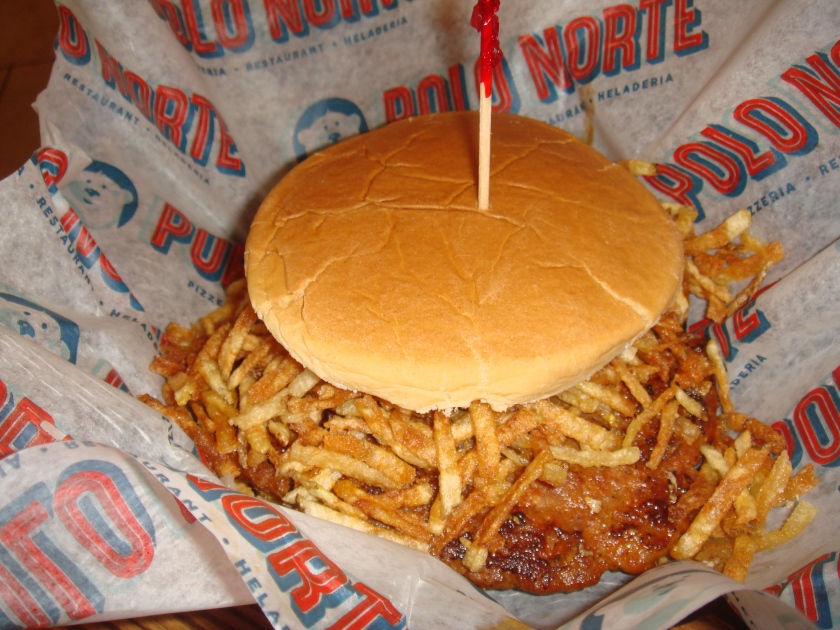 Since our trip to Polo Norte, I’ve become a little obsessed with the frita burger and researched it a lot.  I have experimented a lot more with cooking at home over the last year, especially during this quarantine period, and recreated the frita several times following this recipe from the Three Guys From Miami, to great success.

The burger patties are seasoned in a way that most burgers aren’t, with paprika, cumin, garlic, and onion.  Adding so many additional flavors to the meat before cooking it makes it a little like meatloaf, as far as I’m concerned, but I love meatloaf almost as much as I love burgers.  But instead of thick meatloaf sandwiches, fritas should still be thin burger patties smashed flat on the cooking surface.  A red sauce is often squirted onto it while cooking, adding to the savory flavors.  It is tangy, but not spicy, because Cuban food is rarely spicy.  Then the burger is served on a bun that has also been lightly griddled (either a Cuban roll or a regular soft hamburger bun) with additional onion, a squirt of ketchup, cheese if you want (I always want cheese), and a mountain of crispy julienned potatoes or commercial potato sticks.

I don’t know if I’ll ever bother to return to Polo Norte on future trips to Miami, just because those visits are so infrequent and short, there are so many great restaurants to try, and my best friend, my family, and I all have our own favorites already.  But if you’ve ever wanted to try a whole new style of pizza and find yourself down south, this is one of the leading places to experience Cuban-style pizza, and you should totally get a frita burger while you’re there.  I’m reasonably sure nobody serves Cuban pizza here in Orlando, so I’m especially glad I got to try them at Polo Norte last year.