Pickles Delicatessen (http://www.picklescatering.com/) is one of my favorite destinations in Longwood, on State Road 434 right off I-4 exit 94.  It is located in the same little shopping center where the Longwood location of 4 Rivers Smokehouse is.  In a town sorely lacking authentic New York-style delis, Pickles is the closest we have to the great delicatessens of New York City and its boroughs (and parts of South Florida).  Of course there is the Toojay’s chain, but I greatly prefer Pickles for its authenticity, quality, and selection.

They have all kinds of cookies and pastries brought in fresh from New York.  My wife loves some of the Italian-style cookies, like the ones with sprinkles, and pistachio cookies shaped like red and green leaves.  My mom used to buy cookies like that at a little bakery in Miami back when I was a kid in the ’80s. 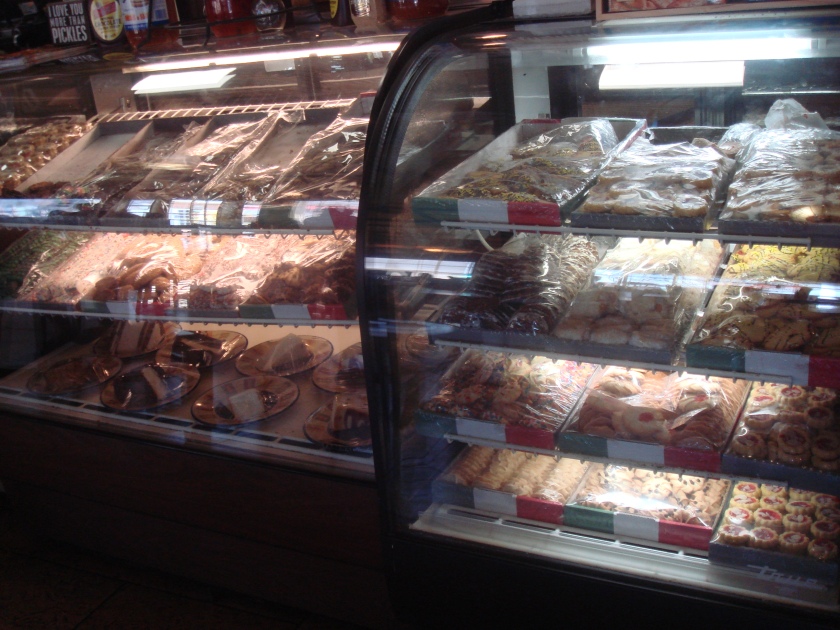 The bagels at Pickles are maybe the best you can get in Orlando, especially the everything bagels my wife and I both like.  Pickles serves the Just Bagels brand from The Bronx, and they are extremely high quality.  I’d rather have a really good frozen and toasted authentic New York bagel than a mediocre fresh-baked bagel.  The other morning, I was overjoyed to find two of these saved in my freezer from our last trip to Pickles, and I happened to have nova salmon and cream cheese.  It’s rare when the universe lines up so perfectly.

On my last takeout order, I brought home terrific latkes (potato pancakes).  Even after the drive home, they were still nicely crispy on the outside and soft on the inside, with tastes of onion, garlic, and pepper.  They are served with sour cream and applesauce.  Some people prefer one over the other with their latkes, but I like both.  If you haven’t had them that way, you don’t know what you’re missing!

I don’t have a photo, but if you like potato knishes, Pickles serves Gabila’s, a commercially-available knish that is definitely my favorite.

Here’s their pastrami sandwich on rye bread with caraway seeds.  My wife especially loves their pastrami.  It is sliced thin, and not too lean or too fatty.  I wish it was hand-sliced a little thicker like New York’s iconic Katz’s Deli, but this is the Orlando ‘burbs, not the Lower East Side.  It’s definitely a solid and generously-stuffed pastrami sandwich.

This is a very small sampling of my mustard collection at home, perfect for pastrami.  In recent months, I was lucky enough to stock up on a dozen bottles of the Grey Poupon Mild & Creamy Dijon when Publix put it on clearance, AND five jars of the Sir Kensington’s Spicy Brown (which has a bit of maple syrup) when Lucky’s Market recently did the same.  Not bad — usually those aren’t the cheapest brands, but I have mustard to last me years (months?) for a buck and change each.  But I still take risks with new, exciting, and fancy varieties, like the Kozlik’s Hot Russian mustard, an indulgence that wasn’t cheap, but was totally worth every penny.

Pickles has really terrific vinaigrette pasta salad, which I always love as a side item with their sandwiches.

If you don’t feel like a Jewish deli classic like pastrami, corned beef, brisket, or chopped liver, Pickles also serves some great Italian hoagies and other deli-style sandwiches.  I’m a huge fan of their Italian Combo, with cappicola, sopresata, Genoa salami, mozzarella,  Italian peppers, lettuce, tomato, balsamic, and parmesan.  I swear I took a picture of it at some point in the past, but it would have been on my lousy phone camera, so people probably would complain more if I included a photo of this sandwich than if I didn’t.

They serve breakfasts, burgers, salads, and wraps as well.

It’s true, dear readers — Pickles carries Junior’s cheesecake from Brooklyn, which might be the best cheesecake I’ve ever had.  I sang its praises in my review of Junior’s, when we went to New York this past May and ended up eating at both of its Times Square locations.

Here’s a slice of their plain cheesecake, which I’ll take over Publix or the Factory any day: 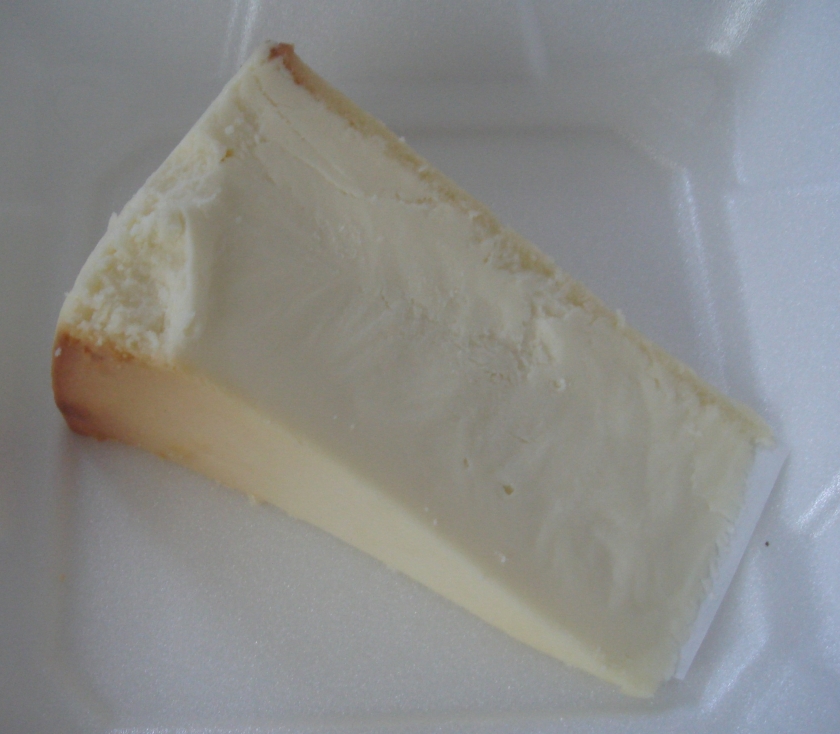 And here’s the chocolate cake-layered cheesecake.  I can normally take or leave chocolate cake, or anything chocolate, but this was on a whole other level, and I loved it.

On top of the cheesecake being awe-inspiring, the chocolate cake was rich, dense, moist, fudgy — almost like a gooey brownie, but still clearly cake.  I don’t think I’ve ever had such good chocolate cake.  As you can probably guess, this was very rich, and even the two of us working together got four portions out of this one generous slice.

Since Pickles has so many authentic New York products and ingredients, imagine my surprise after our New York trip to find Fox’s U-Bet VANILLA syrup, after I had the best vanilla egg cream at Veselka in the East Village.  I’ll argue to anyone that Fox’s U-Bet chocolate syrup is the best commercially-available chocolate syrup, especially if you’re making an egg cream with milk and seltzer water.  Nothing else tastes right.  Luckily most Publix stores carry Fox’s U-Bet chocolate in their kosher sections, but I had never seen the vanilla syrup for sale anywhere locally until noticing it at Pickles.  Needless to say, I had to buy a bottle, and now my homemade vanilla egg cream game is strong.

Since the trip I photographed for this review, we used up this one bottle, and I returned to Pickles to buy three more.  Imagine the deliciousness of a vanilla milkshake, only thinner, lightly carbonated, surprisingly helpful with digestion, and with much less guilt, and you’ve got it.  This stuff has been a game-changer at Casa de Saboscrivner!

Just so you know, Pickles is open 8:00 to 4:00, Monday through Saturday.  That means they aren’t open for dinner hours or on Sundays, and those are times when I tend to want their food the most.  But go there when you can for a little slice of New York deli heaven right here in Seminole County, Florida.