Sometimes you just have to have a doughnut, but not all doughnuts are created equal.  There’s something to be said for a fresh, warm Krispy Kreme when you’re driving by one of those shops and the “HOT DONUTS NOW” sign is lit up.  There are plenty of elevated, artisanal takes on doughnuts, which sometimes hit the spot, but occasionally you just want something sweet, sticky, and a little nasty.

And then there’s Dochi (https://www.dochicompany.com/), which serves a completely different kind of doughnut than you’ve ever tried before.  There are two Dochi locations in Washington state, one in Denver, and we are lucky to have two right here in Orlando (although the one in East End Market, Orlando’s small food hall in the Audubon Park neighborhood, is temporarily closed due to construction).  These are lighter and chewier than any conventional doughnuts, and not as greasy and heavy.  They are inspired by mochi, the sweet, chewy Japanese rice dessert, and they have beautiful “bubble ring” shapes, allowing you to easily pull pieces off to share, or just to save some for later… if you have the willpower.

They usually have five or six flavors available on any given day — some regulars and occasional new ones to keep things exciting.  They will always mark which flavors are available:

And since these are my wife’s favorite doughnuts, I will usually bring her home an assortment of six, which she makes last for a while, despite my dipping into them.  Six Dochi doughnuts cost $13, by the way.  Here are the attractive cardboard boxes, which will not leak grease upon your car upholstery, I’m relieved to report: 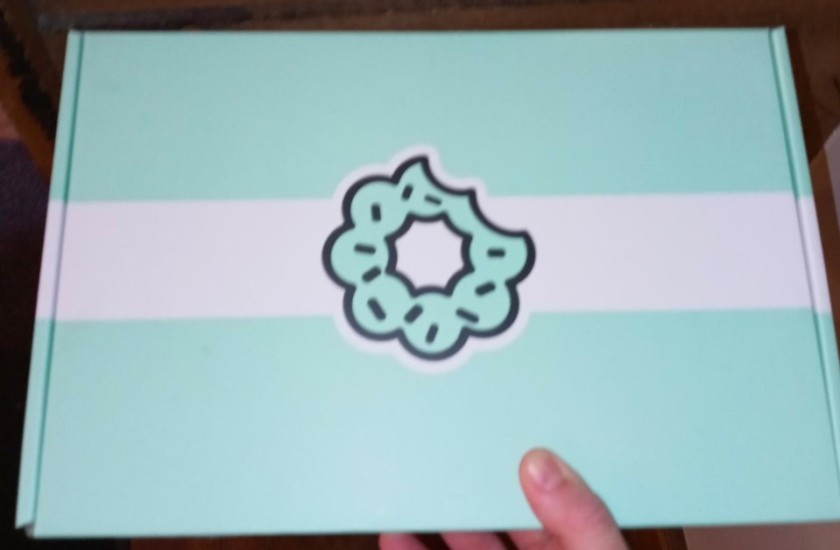 On this visit, I brought her home two strawberry Pocky (mostly because that one appealed to me the most), and one each of the rest: matcha Oreo, chocolate M&M, taro Pebbles (like the Fruity Pebbles cereal), and cinnamon-covered churro.

Well, today she was feeling like something sweet, and I was feeling like a hoagie from Hinckley’s Fancy Meats, so I headed out to the East End Market before it got too crowded to bring her home some more Dochi doughnuts.  This is when I found out that location was temporarily closed, so I got my delicious hoagie and headed off to the newer Dochi location in Orlando’s Mills 50 neighborhood, full of Asian restaurants, markets, and shops, just about ten minutes from East End Market.

So I got my wife one of each: 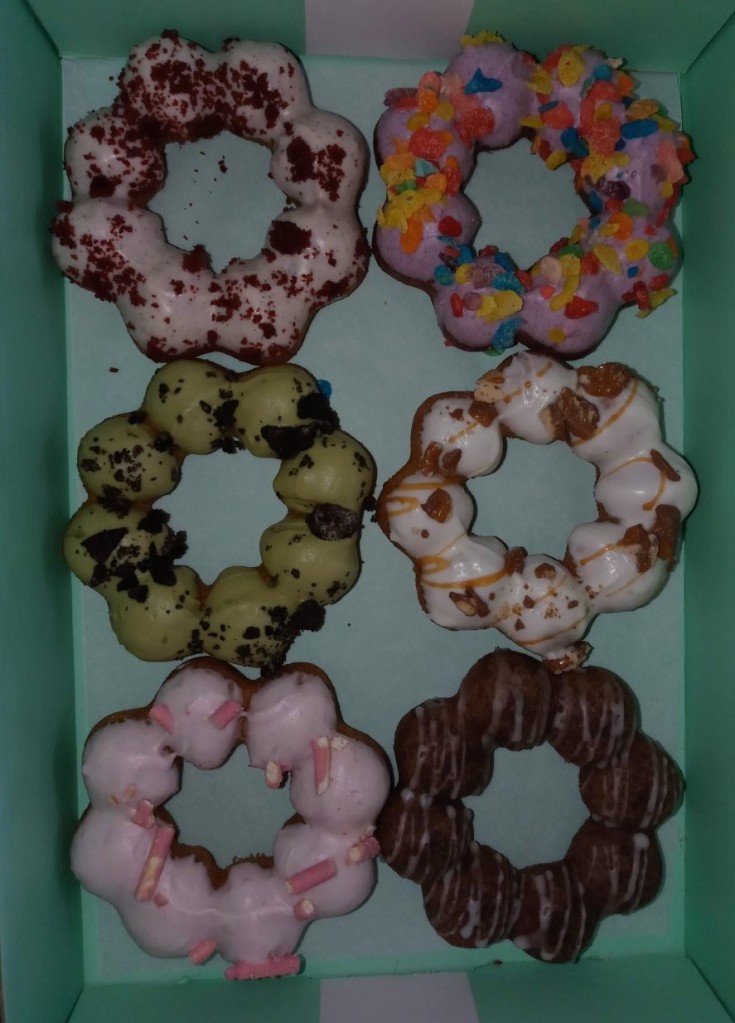 Remember how I told you how easy it is to divide these up for sharing, or creating smaller portions?  We each tried every flavor by tearing off one little bubble from each doughnut for a delightful sampler of flavors, colors, and that unique chewy texture:

Now I like these fine, but my favorite doughnut that I’ve ever had in my life remains Edward Hawk’s citrus-glazed croissant doughnut.  I’ve still never had anything even close to it.  But if you ask my wife what kind of doughnut she would crave or recommend at any point, she will always return to Dochi, and encourage you to do the same.