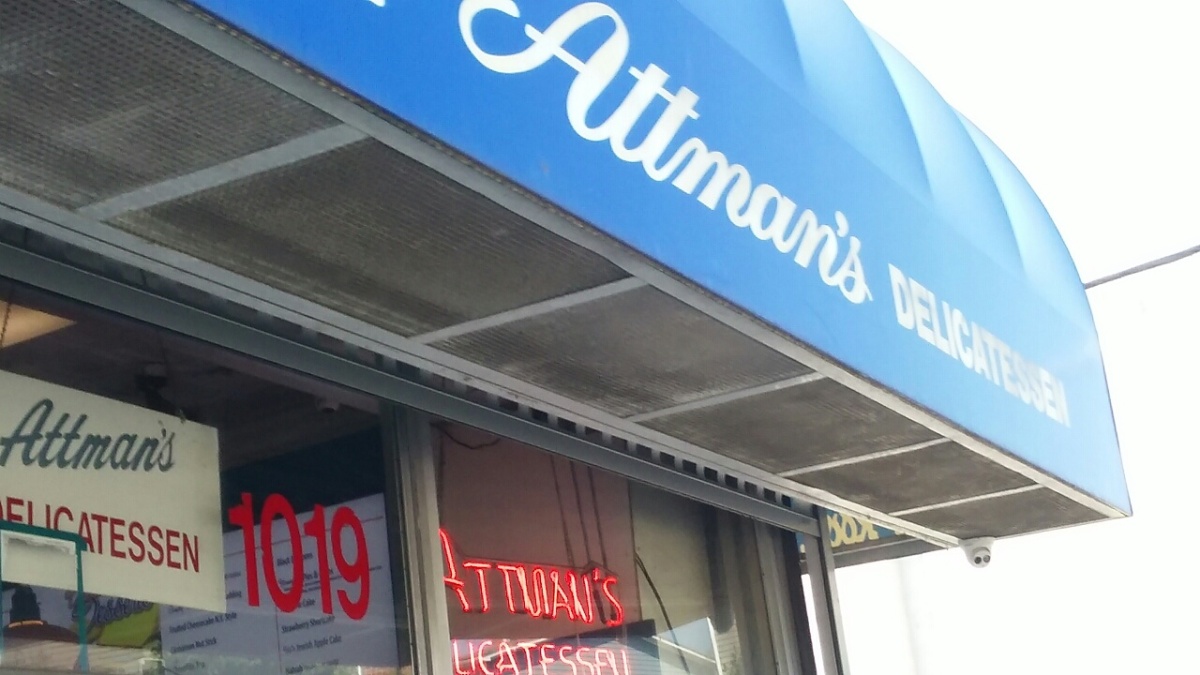 I am in Baltimore, Maryland for the next few days.  When I am lucky enough to take work trips, I always try to explore, eat, and soak up the local culture as much as I can on my own limited time.  I despise driving in unfamiliar places, so whenever I travel, I walk when I can, take public transportation if it’s available, or rely on ride-sharing services or cabs.  Luckily, Baltimore has a fantastic public transportation system.  I took a light rail from the airport to my hotel for $1.80, and took a free bus to and from my first restaurant destination.  Figuring out the public transportation systems when I travel makes me feel more like a “man of the world,” and not just a lifelong Floridian who has to drive everywhere to get anywhere.  I was last in Baltimore on a short trip with my wife in 2011, but even before that, the city was already close to my heart.

My favorite television show of all time is The Wire, David Simon’s Baltimore-set epic that unfolds like a great American novel with a cast of hundreds, about the failure of the war on drugs, the struggles of cops and criminals alike, the collapse of blue collar jobs, the failing public school system, the decline of print journalism.  It’s about how institutions always tear down individuals who try to change things for the better, but how you still have to try, to fight the powers that be.  It’s often bleak and grim, sometimes heart-wrenchingly sad, occasionally uproariously funny, and incredibly well-written and well-acted.  The cast members, primarily actors of color, have gone onto higher-profile roles in more popular shows as well as movies, and I’m always happy to see them pop up.  The Wire ran for five seasons on HBO, from 2002 to 2008, and you can still watch it by streaming on Amazon Prime or HBO Go.  I can’t recommend it highly enough.  Here’s the offical website with a trailer for the series: https://www.hbo.com/the-wire

To make this food-related, I discovered The Wire after it had ended, like so many other fans — but better late than never.  Long before the show was available to stream online, one of my former students always raved about it, and she had been discussing shopping around for a Crock-Pot.  We worked out a deal: I traded her my Crock-Pot in exchange for borrowing her DVDs of the complete series!  She changed my life for the better (and now I own my own DVDs), and I hope she had better luck with that Crock-Pot than I did.

Anyway, back to Baltimore!  My first stop, after checking into my hotel, was to take one of the city’s wonderful free buses to Attman’s Deli, a legendary Jewish deli founded in 1915.  (https://attmansdeli.com/)  I’m a sucker for the food, culture, and history of Jewish delis, and for any restaurants with that kind of resilience.  In this era where everything is ephemeral, I am drawn to those institutions that are obviously doing everything right in order to last decades, whether they change with the times or are so good at what they do that they don’t have to. 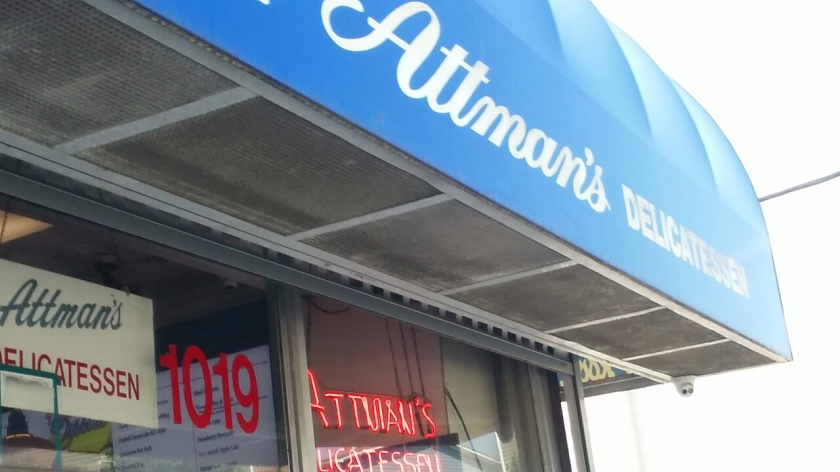 To my surprise, Attman’s isn’t a table service restaurant.  You enter and line up in a long, narrow corridor at the deli counter, place your order, pay for it at the end, and then take it to a dining room or to go.  The sandwiches and other options are listed above the counter, but the menu is overwhelmingly long, so I suggest you study it in advance, as I did, or grab a paper menu when you enter (since that includes the prices, whereas the listings above the deli counter don’t).

I chose the Lombard Street (named for the street Attman’s is on), a double-decker sandwich that comes with pastrami, corned beef, chopped liver, and Russian dressing on rye bread, for a pretty fair $14.95.  I figured that was a good way to try a lot of deli staples at once.  I also ordered a potato knish, because those are so rare nowadays (as are delis in general), and because this is The Saboscrivner, I had to get an order of onion rings so this review could also be a RING THE ALARM! feature.

The knish was good.  For those who don’t know a knish from kishka, it’s a baked or fried dumpling stuffed with savory fillings, usually mashed potatoes seasoned with onions, but sometimes kasha (boiled, seasoned buckwheat grains), ground beef, or even spinach.  This was a baked knish, the more common variety, but the legendary knishes made by Gabila’s in New York are fried.  The doughy outer shell was soft, but held up firmly enough to properly contain the potatoey filling, and the potatoes had a rich, oniony flavor.  It was everything a baked knish should be.  I like my knishes with lots of deli mustard.  (Stay tuned for CUTTING THE MUSTARD, another planned recurring feature when I start reviewing mustards.)

The sandwich was delicious.  Not as hugely overstuffed as Katz’s infamous deli sandwiches in New York, which is fine, because I didn’t have to deconstruct it or dislocate my jaw in the process.  I sampled the corned beef, pastrami, and chopped liver separately, to fully appreciate them, as well as together in the sandwich as a melange of salty, juicy, beefy flavors.  I consider myself a connoisseur of the salted, cured meats, and I was glad to have chosen wisely from that long, almost intimidating menu.  (https://attmansdeli.com/wp-content/uploads/2018/05/Attmans-Carryout-menu-2018_web.pdf)  In fact, I was so wise that I saved half of the sandwich for later, and I am thrilled that my hotel room has a fridge AND a microwave! 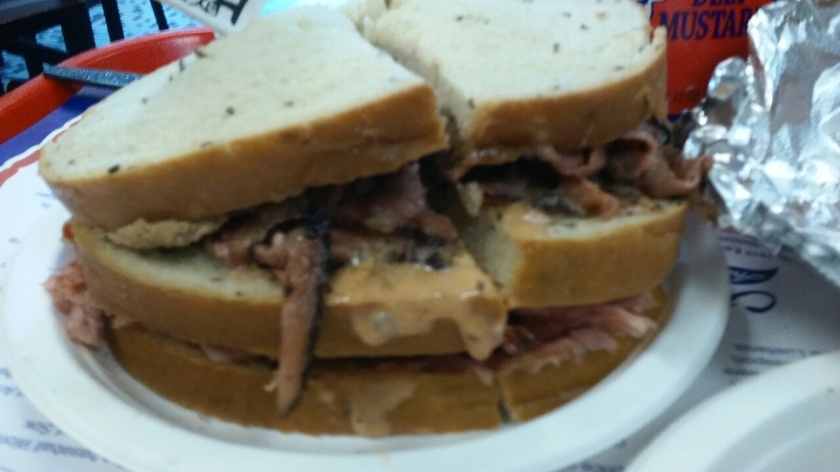 And the onion rings?  Well, they were fine, but not my favorite kind of onion rings.  They were a little thicker than optimal, with a coating that was kind of like crispy bread crumbs, with that unmistakable jagged surface.  The coating stayed on well, which is always appreciated, but beer battered onion rings are still my Platonic ideal.  Ring the Alarm!

Well, stay tuned for more Baltimore food reviews in the days to come.